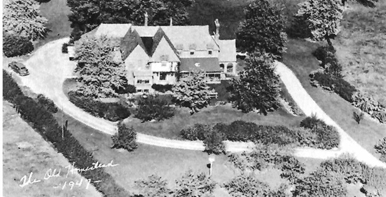 Cloud Lanor Cray (1895-1979) grew up in Ashley, IN. After a couple of jobs there following high school 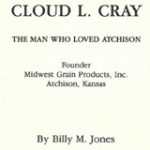 he came to Detroit about 1914 to take a position as billing clerk at the recently formed Chalmers Motor Co. He left Chalmers in 1917 to take a position with Equitable Life Insurance Co. Later that that year, he married his high School sweetheart, Edna Reinoehl. After a short term of service in the US Navy, Cloud took a position at Watling-Lerchen & Co. Investment banking firm, eventually rising to become an office and partner. In 1922 the first of their four children, Cloud Jr., was born and they purchased a nice house on Dundee St. in Huntington Woods. 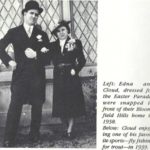 They lived there until 1929. On the very eve of the Great Depression they move again into a spacious English Tudor Manor house that they had built on 25 acres on Walnut Lake Rd. near Franklin Rd., which they name Craybank. While there, their fourth child Patricia was born. The Cray Children attended Wing Lake School which was about three quarters of a mile from their house. They lived in the Walnut Lake Rd. house until they moved permanently to Atchison, KS, in 1949 where Cray was the founder and owner of Midwest Crain Products.

There is a 13 page section of a 1990 book on the life of Cloud L. Cray dealing with the family’s years 1917 -1949) in Detroit, Huntington Woods, and Bloomfield. The Historical Society was also given access to digitized copies of home movies from the 1930s that show the Cray homes in our area as well as some great footage of Wing Lake School. 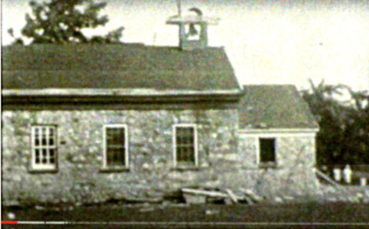 There have been only two other owners between the Crays and the current owners:

1950 – 1972 (22 years) – Abner & Josephine Wolf. Abner was the founder and owner of Abner A. Wolf, Inc. which was reputed to have been the largest wholesale food distributor in the World.

1972 – 2014 (42 years) – Sheldon & Harriet Fuller. Sheldon was the president and owner of Sheldon Real Estate of Oakland, Inc. But of greater interest is his wife, Harriet who had been a model and then for many years owner of Production Plus, the Birmingham talent agency that recruited and trained models that worked the Detroit Auto Show for many years. Harriet was featured in several high profile articles in the Detroit Free Press. 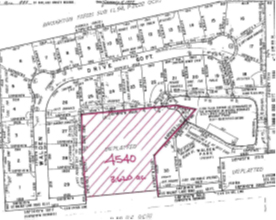 In 1976 the Walden Pond subdivision of 30 building lots was created out about 20 acres of the original Craybank 25 acre parcel. The original English Tudor manor house is still standing on its own 3.6 acres parcel in the middle of the subdivision.

2014 – Present – The current owners purchased the English Tudor manor house in 2014 and have worked on restoring and expanding the house for at least the following 7 years. Soon after they purchased the property the new owners visited Cloud L. Cray, Jr. at his home in Atchison, KS, for a couple of day and heard his memories of living at Craybank from the time he was 8 years old until he was 28.

It is wonderful that historic Craybank manor house still stands in the middle of the Walden Pond subdivision today over 90 years after it was built. Even though there have been some additions to expand the size of the house, much of the interior of the original 1930s structure has been restored to its 1930 design.