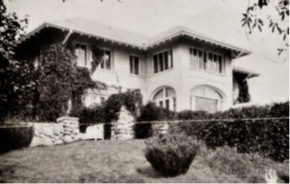 Before there was the J.L. Hudson Co. there was the Newcomb & Endicott Co. In 1868 Cyrenius A. Newcomb, age 31, from Boston and Charles Endicott from Chicago joined together to found the Newcomb & Endicott (N&E) Co. It was one of the very first true department stores in Detroit. It began 13 years before the J.L. Hudson Company was founded as a clothing store for men and boys by 35 year old Joseph L. Hudson.

For most of its existence N&E, stood at the corner of Woodward Ave. and Gratiot. Hudson’s was right next door.  In 1915, C.A. Newcomb, Sr. died and his son Cyrenius A. Newcomb, Jr. was elected president of N&E and continued on in his father’s footsteps, with John Endicott, nephew of founding partner Charles Endicott, as Treasurer. In 1927, J.L. Hudson Co. bought N&E and expanded their store into the location of N&E. Newcomb and Endicott had survived for almost 60 years. 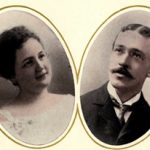 In 1916, the year after he was elected president of N&E, C.A. Newcomb purchased 148 acres of land just south of W. Long Lake Rd. between Echo (then named Wing Lake) Rd. and what would become Telegraph Rd. The property had long been part of the large parcel owned by Bloomfield Township pioneer John Greer. Very shortly (1920), C.A. Newcomb and his wife, Brownie Kellie Newcomb, built a fine year around estate house 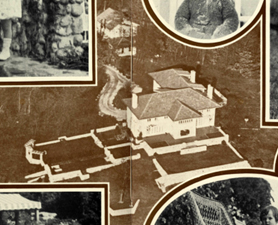 overlooking the three small lakes on the south side of the property. They named their estate The Junipers. Although the plans for main house of The Junipers do not seem to have survived, the legend on the blue print for the tenant house that was built near the estate house identify the architect as Harry S. Angell, a prominent Detroit architect who was employed by C. A. Newcomb to design the twelve-story 1919 addition to the N&E Co. store. it is likely that Harry S. Angell was the architect for the main house as well.

The Junipers was featured in a four page article (with several photographs) in the January 1927 issue of the Bloomfield area country living magazine, The Afterglow. In addition to the grand estate house, the Newcombs had extensive terraced gardens enclosed in finely crafted fieldstone walls of various heights. Many of these walls remain today (over 100 years later) on the property of two houses at the end of Copperwood Dr. in the Echo Park subdivision. They are a great reminder of what The Junipers estate house must have been like when it was the only residence on the entire 148 acres purchased in 1916. The present owners have been careful to maintain these remaining walls in excellent condition, making only a few expertly constructed enhancements. 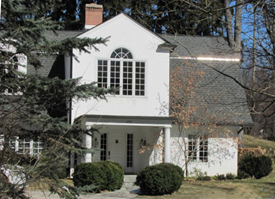 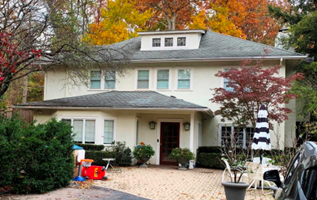 Tenant House & Stable
There were two significant structures on The Junipers estate in addition to the Estate House: the Tenant house (4285) built in 1920 at the same time as the main house and the Stable (4301) in about 1921, both on the east side of Echo Rd. The Tenant House is located immediately to the north of the Stable, and on its north side was the curving lane that led that led from Echo Rd. directly to the rear of The Junipers Main House. The Stable was sold in 1949 to artist, John S. Coppin and the Tenant House and its 0.82 acres of land were sold in 1951 to L. Coughlin.

Echo Park Day Camp
Brownie K. Newcomb died in 1958. Three years later, when The Junipers estate was being broken up, a group of parents and businessmen initially acquired 36 acres (later expanded to 52 acres) of the west side of the estate. This portion along the east side of Echo Rd. became Echo Park Day Camp (EPDC) and is today where most of the Echo Park No. 1 and No. 2 subdivisions are now located. The Newcomb Estate house was located near the middle of this large parcel. Access to EPDC was by a driveway in the northwest corner of the parcel which is now 4279 Echo Rd. 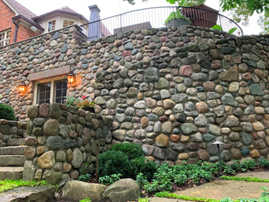 In 1982 the EPDC property was sold to developer David V. Johnson of D-B-A Abbey Development Co. The Junipers is now the location of the three subdivisions with 77 high end residences, a large nature preserve, the Bloomfield Township Senior Services and Public Services buildings, and the 48th District Court. The subdivisions in order of their development are: The Junipers, Echo Park No. 1 and No. 2, and Lakes of Echo Park.

All that remains of The Junipers estate are the extensive field Stone walls that formed the formal landscaping for the estate house, the Tenant house, and the Stable.