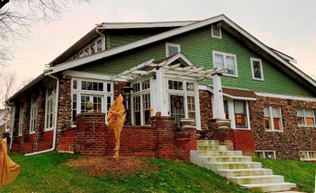 The house at 300 N. Berkshire has an interesting ownership history. Using the Township Tax Records and Census data I have determined that it has likely been in the Granger family from 1927 until 2019 (92 years). 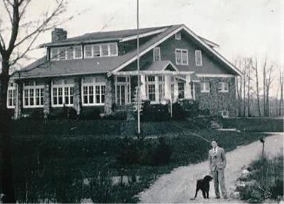 The house was built in 1917 by Allen McMasters. McMasters owned it at least through 1921. Sometime between then and 1927 it was purchased by a Dr. Cole.  It was purchased from Dr. Cole in 1927 by 54 year old Gordon P. Granger and his wife, Charlotte (“Lottie”). Gordon was an owner of a Restaurant in the Pontiac area. (I have not been able locate it.) The Grangers had three children: (Charlotte) Ruth, Viola, and Clarence. The Grangers lived in the house until they died – Lottie in 1942 and Gordon in 1950. 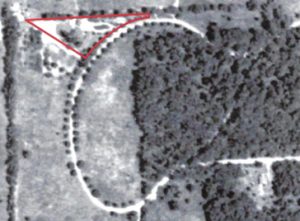 The 1940 Census shows their daughter; Ruth G. and her husband Raymond Blevins took ownership prior to 1940, since Raymond is listed as “Head of House” with Gordon and Lottie living with him and their daughter Ruth. Raymond held several middle management positions at GM Truck and Coach. Raymond died in 1970. The Township Tax record shows that Ruth was still the owner in 1976. Ruth died in 1985 at age 87 years. I cannot confirm that she continued living there until her death, but it is likely.

Raymond and Ruth had no children, so when Ruth died in 1985 ownership passed to Ruth’s niece, Nancy R. (Tallman) Campbell. Nancy was the daughter of Ruth’s sister Viola (Granger) Tallman. Nancy had two sons – Graydon and Mark. Mark Campbell acquired ownership in 2016 upon the death of his mother Nancy Ruth Campbell.

The House was purchase in 2019 by John and Kim Schafer from Mark Campbell ending the 92 consecutive years of ownership by the four generation of the Granger Family. 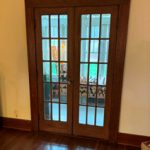 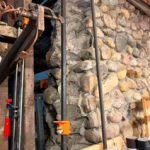 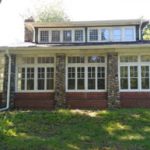