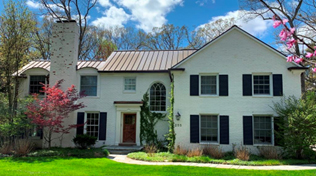 In 1895,  Max Broock (1870 – 1915) founded the real estate company that bears his name still today. Max died at age 44 years in 1915. Sometime following his death his son Ferdinand (Ferd) (1898 – 1980) became the president of the company. His younger brother, Harold Broock, was a builder and subdivision developer. In 1929 Harold along with his partner, C.G. Heinmiller, acquired a narrow parcel of land (varying from 150 to 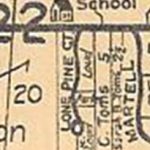 200 ft. in width running south 1390 ft. from Lone Pine Rd. directly across from Cranbrook School. In 1935, when he was 37 years old, Ferd and his wife Katherine hire architect Frazeur S. Slater to design a fine house that they had built on Lot 12 at the very south end of Lone Pine Ct. The house, as built, had a maid’s quarters and two small bedrooms and bathroom on the second floor. It also had separate stairways between the 2nd and 1st floors and to the basement. While the Broocks lived in the house the US census records for 1930 and 1940 each list one maid in residence. 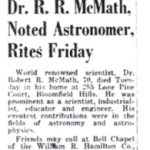 The Broocks sold the house in 1950 to Dr. Robert R. McMath, and his wife, Mary. Dr. McMath was a prominent professor of astronomer at the UofM. He was one of the founders of the University’s McMath – Hulbert Observatory at Lake Angeles in northwest Pontiac Township. The Observatory is still located there today as an historic structure. In 1950 the McMaths added a large detached 3-car garage and converted the original attached single car garage to a Library with extensive shelving along one long wall. Robert McMath died in the house in January 1962 at the age of 72.

When Mary McMath died in 1965 at age 80 years, Herbert and Elaine Sott purchased the house. Hebert was a prominent real estate attorney in the Detroit area. The Sotts would end up owning the house for 42 years until Herbert died in 2007. They made no major changes to the house. 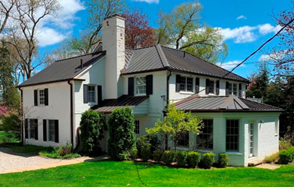 The house was bought in 2007 by Jarvis (Jay) and Kathy Hunt. Jay Hunt had a long and varied career with General Motors. Several of his jobs were in the international ventures of GM. About 2008, The Hunts made some significant additions to the house. They greatly expanded the original small kitchen at the northwest corner of the house. They also expanded the master bedroom suite in the southwest corner of the second floor by enclose about half of the original 12 ft. by 15 ft. porch off the bedroom. They made other modification to the interior of the house. 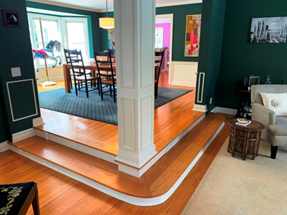 The current owner author, Denelle Zurek, bought the house in 2013. The house was in excellent condition when Ms. Zurek took occupancy with little repair or maintenance work needed. The two major additions made by the Hunts had been completed just 5 or 6 years earlier. The roof, however, did need work and she had a new metal roof installed to replace the original shingles. Coincidently, the selling real estate agent was Kathy Broock of Max Broock, Inc. and is related to Ferdinand Broock the first owner of the house. Denelle found two sets of Blue Prints while cleaning out the basement: those for the original (1935) house by 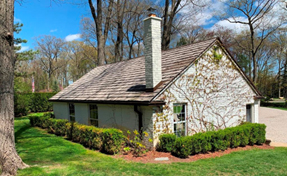 architect, Frazeur S. Slater, Detroit. She also found plans for the 1950 detached 3 car garage and the conversion of the original attached garage into a library. The house was built originally with what was called a “Games Room” in the basement – a 14 ft. by 25 ft. space with a fire place, decorative brick arched doorway, and a serving pass through window separating it from the furnaces room and laundry rooms. It does not appear that this recreation room was ever finally finished off for regular use. This is one of the improvements that the current owner has planned.