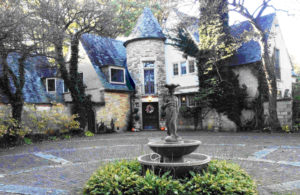 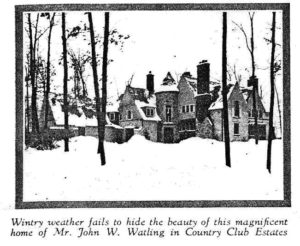 After living in Bow Lane for 30 years, Watling died in 1951 and Roxane sold the house in 1953 to T.E. Wilson, General Manufacturing Manager of GM Truck and Coach, who sold it ten years later to Wright Tisdale, Ford Motor Company, Vice President.

The next owners were Frank and Phyllis Marra who owned the house from 1974 to 2011 (37 years), the longest owners to date. Frank was very prominent in the plastics business and became the CEO of the multinational Detroit Mold Engineering Co. In 1997 Frank was inducted into the Plastics Academy Hall of Fame. He was also well respected for having sent over 300 Detroit area kids to space camp. Frank died of cancer in his Bloomfield Hills home in 1999. His wife Phyllis continued to live at Bow Lane until 2011.

The current owners purchased the house in 2011. In the seven years that they have owned Bow Lane they have made many improvements but they have been careful to keep the exterior true to its 1924 original design.