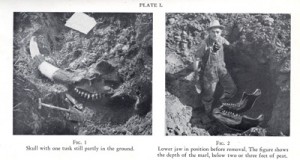 In 1934, the bones and tusks of a young mastodon were found in Bloomfield Township. The bones were accidentally uncovered by workmen using a steam shovel at a marl pond near Charing Cross Road, not far from the Grand Trunk Railroad line which runs along Kensington Road. The bones, including the jawbone and skull were taken to the Cranbrook Institute of Science for identification. Today, there are known to be 17 mastodon sites documented in Oakland County.

Photos and information for this story courtesy of John Zawiskie, Geologist,
Cranbrook Institute of Science. 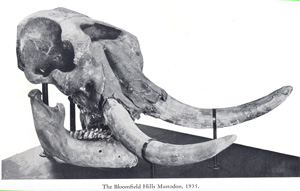 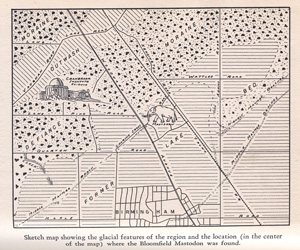