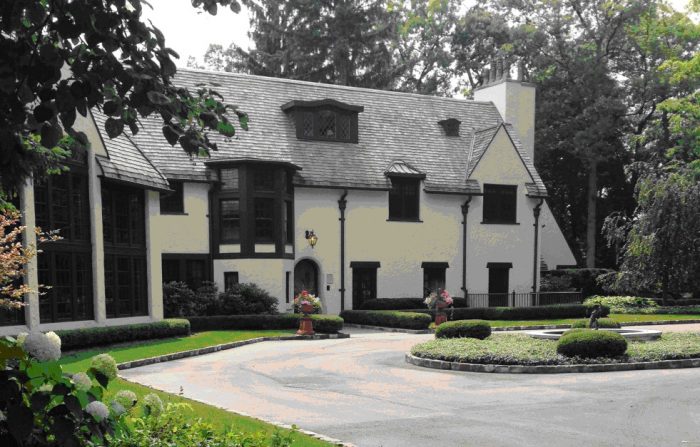 Brady Lane is a short gravel road running essentially east and west between Woodward Avenue. The nine lots were platted and developed by real estate developer Judson Bradway out of the George Brady Farm. One of the first houses was built in 1923 for Harry W. Taylor, wife Florence and their five (5) children. Three boys were born a few years before moving into the house. Twin daughters, Jane and Joan, were born a few years after moving in. The house was called Shadow Wood by the Taylors. Harry Taylor was the president of a large Plumbing Supply Company in Detroit. They sold the house in 1943 to Howard Liverance and moved back into Detroit on E. Jefferson. Four years later while driving home from an event at the BHCC Harry suffered a fatal heart attack. The Taylor twin daughters retained a fondness for Bloomfield Hills where they were born and grew up. Both Joan and Jane had their wedding performed at St. Hugo of the Hills in 1952 and 1955. 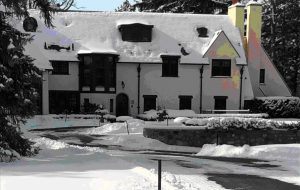 Cunningham and owned the house for the next 38 years. Marcus was the founder of Cunningham – Limp Development Co. Mary and Marcus had three (3) young children at the time they moved into the Brady Lane House. During the four decades that Cunningham owned the property it was called Oak Hill, and still is called the same today. Mary Cunningham died 1964. Marcus re-married two year later to a business associate Marilyn E. Willis and they continued on at Oak Hill until selling it in 1982.

The new owners in 1982 were Wayne and Patricia Ogne. They owned the house for 25 years selling it in 2007 to the current owner.

Upon acquiring Oak Hill in 2007 the current owners spent the following two years updating all of the electrical and mechanical systems, building an addition, and bringing the original portions of the house back to its historic roots.