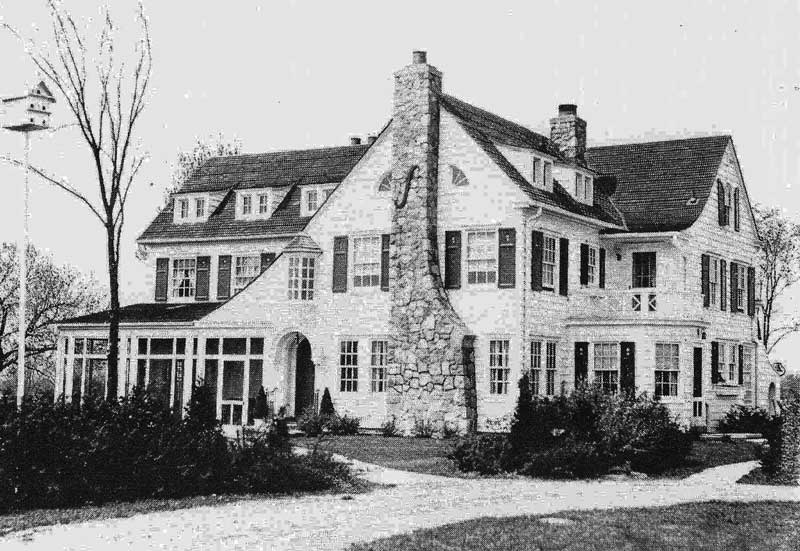 In 1924 Carl A. Strand purchased a 14.3 acre strip parcel that extended from Adams Road the main branch of the Rouge River that passes a few hundred yards to the west.  He built a stately frame house on the hill on the property as well as a large garage and several other out buildings.  A photograph of the house was feature in the 1928 issue of Oakland Highways the annual report of the Road Commission for Oakland County.   From 1913 to 1924 Mr. Strand ran a small lumber yard in Detroit.  Later he created a number of inventions.  The most notable of which was Stran-Steel (a metal replacement for wood in building construction) which he exhibited in the 1933 Chicago World’s Fair.

After living at Strandcrest for 40 years, Carl Strand sold his house and property to developer, William Pulte in 1965.  Pulte platted Nantucket Green and began building almost immediately.  The lot on the hill where the 1924 Strand House proudly stood was offered to a potential buyer, John Shuler and wife, Marilyn, either with the existing house, or with one of Pulte’s new houses replacing it, either for the same price of $38,000.  All of the neighbors agree that 50 years ago the Shulers made an excellent choice in keeping the historic House. 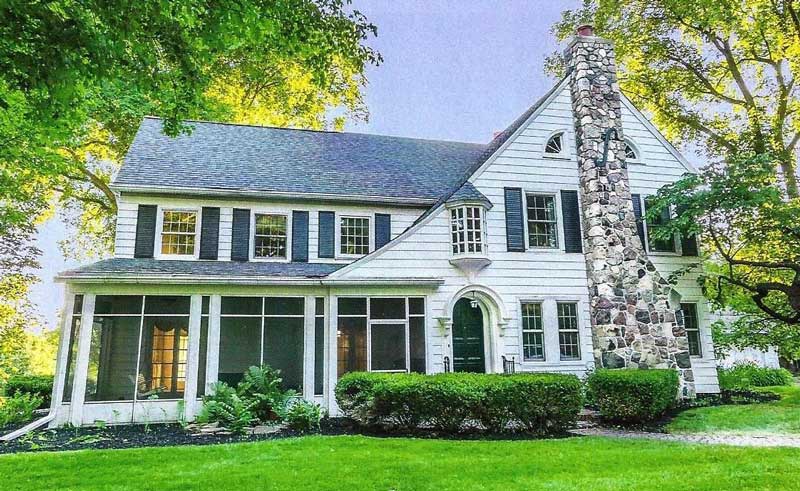 Note that long before Carl Strand built his fine house on this site it was almost certainly a home site for Native Americans. Mr. Stand’s daughter, Helen, recounted that, while the foundation for the House was being dug, a number of Native American “points” (arrow heads) were discovered.  Also, when interviewed about his development of the Strand Estate into today’s Nantucket Green Subdivision, William Pulte reported that a crew digging a trench near this house uncovered the skeleton of a Native American female and infant.

In September 2017 the house was purchased by only the fourth owner in 94 years.