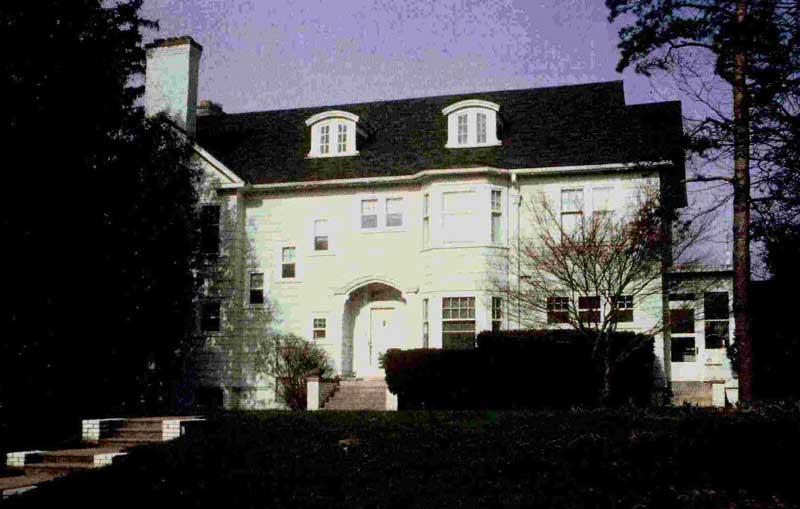 In the 1920s many estate were built on strip lots of about 10 – 15 acres that ran between Adams Rd. and the main branch of the Rouge River. One of these is Thornbrook the house built in 1921 by Dr. George E. Phillips, executive director of Herman Keifer Hospital in Detroit and his wife, Genevieve, as a “summer home”. (His other residence was in Detroit near the Hospital.) There were several outbuildings including a stables, barn, guest cottage and workers house on this 13 acre parcel. The Phillips’ daughter, Annette, was very active in the Bloomfield Open Hunt Club.

In 1935, after 15 years, Phillips sold the house and 13 acres to James I. Ford, who was a fine amateur golfer playing out of Bloomfield Hills Country Club. He happened to be a friend of Robert C. Vanderkloot, whose daughter, Karen, many years later became the owner of the house. In 1965 after 30 years Mr. Ford sold his 13 acres parcel to William Pulte for his Nantucket Green development. But, in a separate transaction, he sold the Thornbrook house to Dr. David and Karen (Vanderkloot) DiChiera.

When Pulte platted the property for the subdivision the “rear” of Thornbrook ended up on Chain Bridge Road and effectively became the “front” of the house. This can be seen even by casual inspection from the street. The DiChieras were responsible for founding the Michigan Opera Theatre (MOT) and the Music Hall Center for Performing Arts. Many of the organizational meetings for these cultural institutions took place in the living room of this house.

The DiChieras lived in Thornbrook for 27 years raising their two daughters there. The present (and 4th) owners have been in the house since 1992. It is interesting to note that there has been a personal connection among all four owners of the historic house.